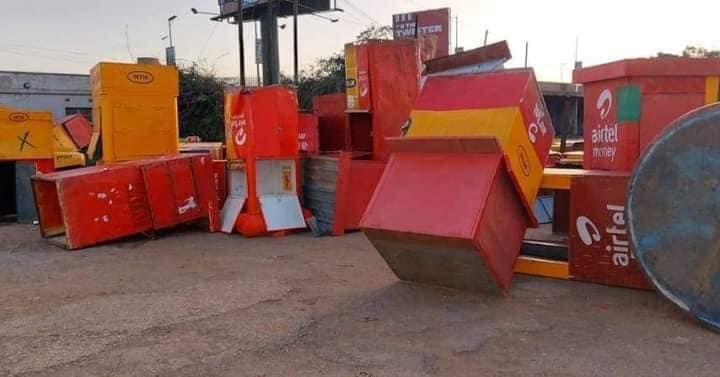 The General Secretary of the Zambia Union of Financial Institutions and Allied Workers (ZUFIAW) Mr. KASAPO SUNDREA KABENDE has welcomed Government’s move to issue trading licenses to mobile money booths operators. “This move by Government is timely and will bring sanity to the industry, especially that the mobile operators play a very important role in the financial system of the country particularly allowing citizens to send and receive money from anywhere both in and out of the country. Over the years we have noticed an increase in the number of transactions translating into high values. This move will integrate with the National Financial Inclusion Strategy which aims at ensuring that every segment of society has access to basic financial services at both formal and informal levels.” He said.

In welcoming Government’s intention to allow youths to run and manage their mobile money booths, Mr. KABENDE has challenged the Hon Minister of Local Government to find ways of empowering these youths with start-up capital especially that His Ministry administers the Consistency Development Fund CDF with 40% of the fund meant to support and empower women and youths in and those wishing to start businesses. This will accelerate the Government’s agenda of empowering the women and youths not only in Lusaka but countrywide as a way of creating uniformity in this industry. He has further urged the Hon Minister to work with his counterpart at the Ministry of Small and Medium Enterprise to find ways in which Government can facilitate entrepreneurship training and also partner with Mobile Companies to flex the requirements of mobile operators as a way of ensuring this is actualized. He further noted that the move would help to create

employment for women and youth in the country who comprise the majority of the unemployed.

“We hope that while Government is doing this, all health and safety concerns surrounding women and youths engaged in mobile money operations will be addressed with urgency considering the recent happenings. The country has learnt over the past few months how young women in these mobile money booths are targeted by unscrupulous individuals who rob them of their hard-earned money and imperil their lives. Government must ensure that operating areas designated to booth operators are safe for both the vendors and the general public.” He Observed.

“There is also a need for owners of these mobile money booths to allow their employees to exercise the right to belong to a union of their choice which will address the issues of mistreatment and standardize the conditions of engagement. The Hon Minister mentioned in his statement that we have Mobile Booth owners with over a hundred (100) booths hence such an employer is compelled by law to allow their employees to exercise their right to belong to a trade union of their choice as governed by the Industrial and Labour Relations Act Cap 269 of the Laws of Zambia.” He said.

Mr. KABENDE said ZUFIAW will continue partnering with the Government through the Ministry of Labour and Social Security as the custodian of labour laws and other stakeholders to ensure the rights and conditions of service of every worker are protected and defended and further all Employers abide by the labour laws of the land. 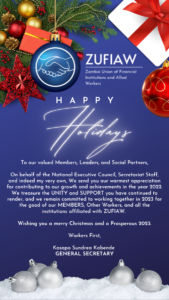